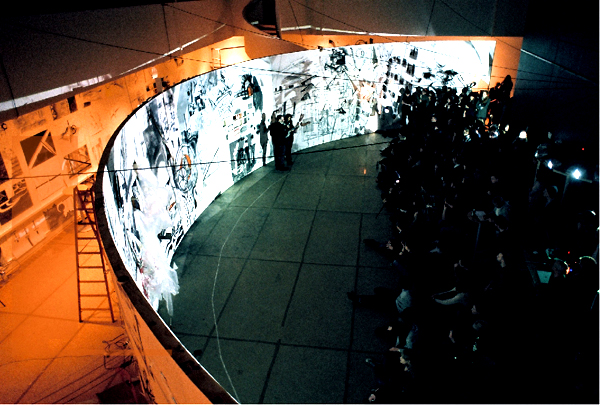 Aarhus Arc: Three Acts was a workshop held by David Gersten, Cooper Union, from February 2nd to February 10th at Aarhus School of Architecture. During the workshop Juhani Pallasmaa and Alberto Perez Gomez would participate in Skype conversations with David Gersten and the students. The student’s work would be presented through an HD live video feed via Skype to Spain and Finland. These conversations would be open to the public and took place February 4th and 6th.

The theme of the workshop was drawing and the final product was a 3,5 meter and 20 meter long arc with students drawings as a part of the arc.

The outside of the arc was filmed by 6 cameras linked to 6 computers running VDMX. The output was projected on the inside of the arc, creating a mirror image through which the dialogue between drawing partners would happen.

“The ark is an architectural hinge, the last architecture before the flood and the first architecture after, the sole framing structure that survived that event. During the flood, there is nothing recognizable; it is difficult to even imagine. But, isn’t the difficulty due to the speed in which it happens? In the story, the flood is instantaneous; it happens all at once, and that is what destroys all living crea- tures except those in the ark. We could ask: What aspect of the ark allowed it to save the creatures from the flood? What if the ark is an ARC in time? Arc as in a curve, slowing time. If the arc is a curve that slows time, then the creatures in it experienced the flood in a whole different way; It is the same water but over a longer period of time. If the arc is a curve that slows time, aligning it with life-time, the flood would not be a destructive event. The flood would be a place that allowed life.”

In collaboration with Thomas Lillevang. 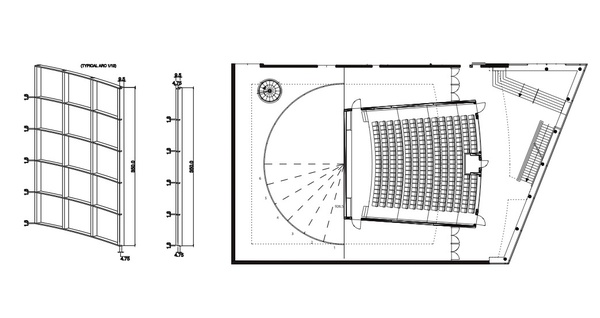 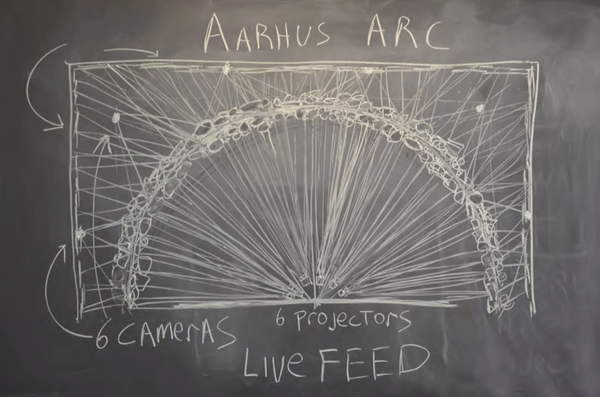 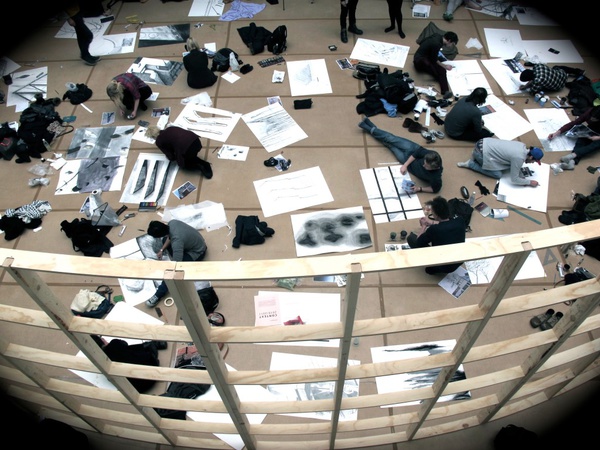 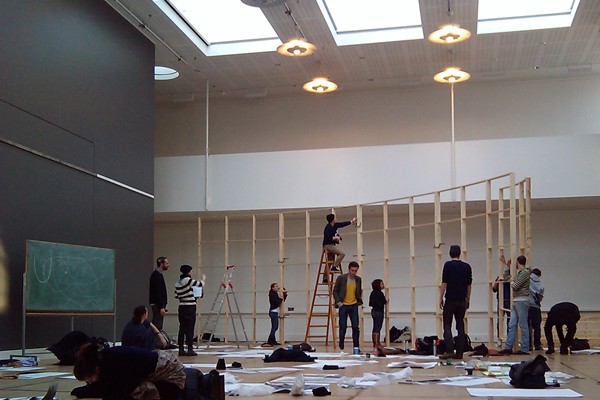 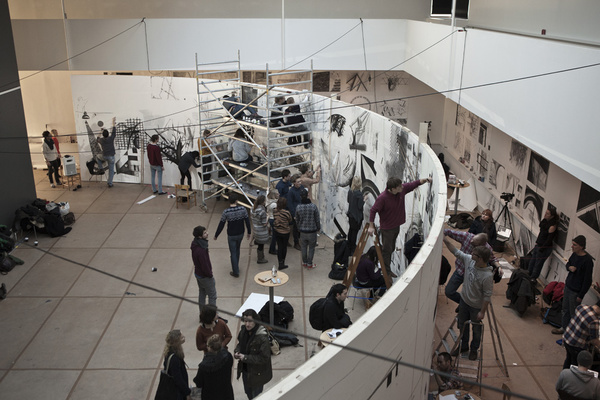 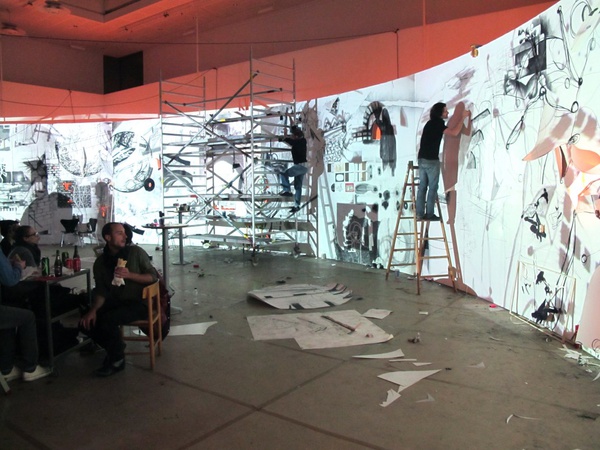 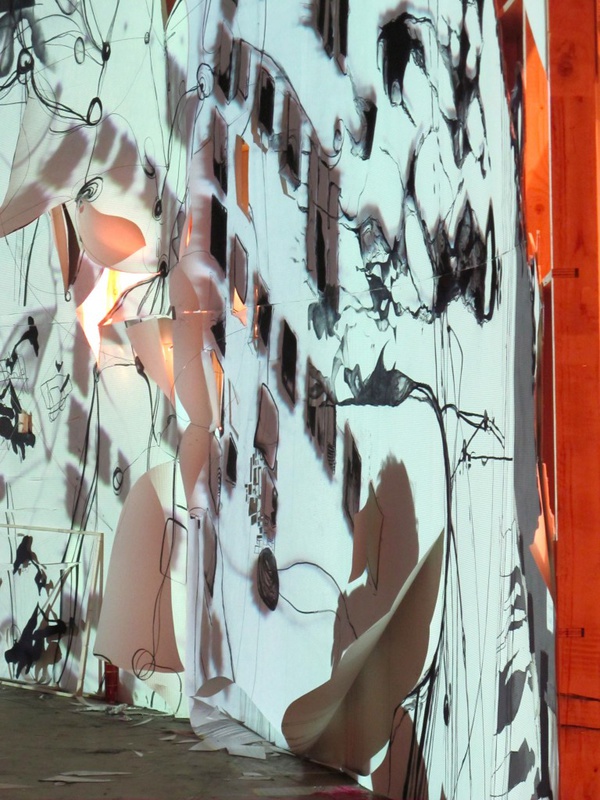 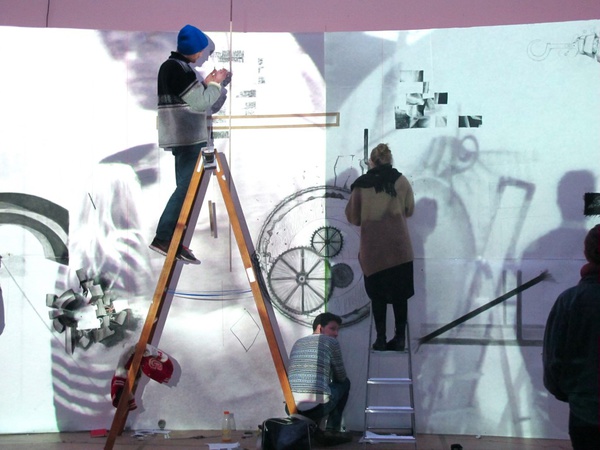 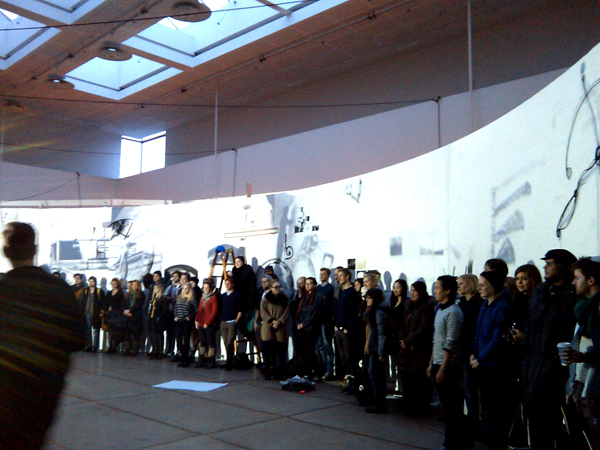 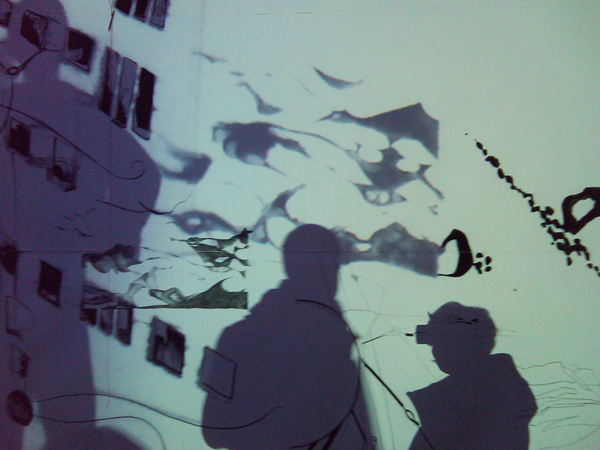 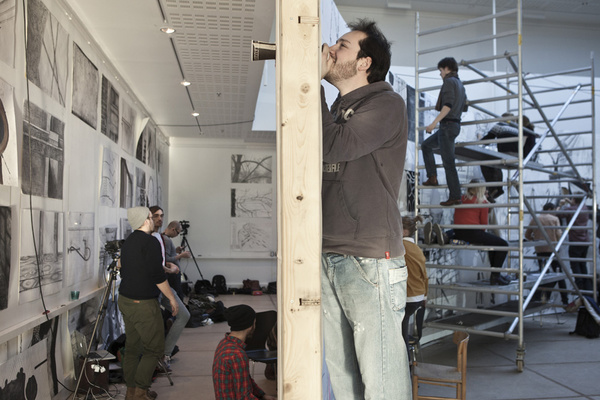